Russell Brand has sparked the attention of a lot of people in recent months with his interview on BBC newsnight called "Russell Exposes the Truth". It's very entertaining because you can tell the interviewer is trying to make a joke out of Brand only to quickly realize the depth of Brands intellect and how motivated and well spoken this "actor" really is.

I believe it's hard for people to initially take Russell seriously because there was a point in time when his image was identifiable with a loud, obnoxious, ranting and raving comedian with severe drug problems. Luckily for us Brand realized that his mentality and personal views on life are so spot on that pointing them out to us make us laugh at the ideals our society has accepted.
Also in the beginning of this interview you can tell that the man interviewing Brand is not quite listening to his answers but busy cutting him off and already spitting out his next question. This is extremely frustrating but Brand handles it in such a matter, not to be rude, but to politely answers his questions from his perspective and let the ignorance of this man speak for itself.
The amazing part of this dialogue is that interviewer Jeremy begins to say less, and listen more as Brand ensures him he doesn't have to listen, he doesn't have to take him seriously as he is just pointing out that we have nothing genuine to vote for so really the point of voting is in itself trivial. The conversation continues as Brand talks about how this subject is important to him because he comes from the underclass not being represented by the current political system, he sees these struggles on the daily, and instead of leaders taking responsibilities for these issues their exploiting them.The interview finishes off with Brand defending his standpoint asking "why is that naive, why is that not my right because I'm an "actor". I've taken that right. I don't need the right from you. I don't need the right from anybody. I'm taking it."
I've attached the link here for anyone who wants to be witness to this incredible statement.  http://www.youtube.com/watch?v=BHDcOBgWZqc
Also, I am attaching a link to Russell Brand's current standup comedy which is called 'The Messiah Complex' where Russell takes us on a journey through his heroes and why he has chosen these iconic figures to identify himself with. I'd love to tell you more about this show but in all honesty the only way you'll truly appreciate how intelligent, and motivating and hilarious it is really would be to sit down for an hour and a half and watch it.
http://www.youtube.com/watch?v=4NIJbj92QEM

The Back Room Chicago

This past week I was fortunate enough to visit Chicago's Back Room Lounge. This place was incredible and I highly recommend it if you are venturing to Chi Town. The bar is located down a back alley in the heart of downtown Chicago. The way it works is that you pay a cover, our's was $5 per person because we said we had reservations, the usual is $20 per person so if you can call ahead, and then it's a 2 drink minimum inside for every set. Each set last about 50 minutes so when a new set takes the stage you would have to pay another cover and order another 2 drinks. I know this sounds a little intense but TRUST me it is well worth the money and really just hitting one 50 minute show is more than enough. During our visit The Skinny Williams Band took the stage with the incredible Lady Dallas and this band had the place on their feet. The band wasn't shy to interact with the crowd and everyone was screaming "Hell Yeah" by the second song. The wait staff was unreal and I really can't say enough about this venue. I've attached the website to The Back Room and the picture I've posted is myself with some of the band members. All around PHENOMENAL night, and Cheers to The Skinny Williams Band and the Back Room.

With heavy hearts we say goodbye to one of the greatest leaders of all time. In truth, it wasn't until I started traveling that I came to know who Nelson Mandela was. On my very first adventure there was a gentleman at the hostel I was living in who was reading literature on Mandela. There was a quote that stood out to me that said "I learned that courage was not the absence of fear, but the triumph over it. The brave man is not he who does not feel afraid, but he who conquers that fear." As a young girl in my early 20's I, alone, wanted to conquer the world. I'm not saying that I wasn't afraid, but it was a fear I had to face.

"Nelson Mandela is one of the great moral and political leaders of our time: an international hero whose lifelong dedication to the fight against racial oppression in South Africa won him the Nobel Peace Prize and the presidency of his country. Since his triumphant release in 1990 from more than a quarter-century of imprisonment, Mandela has been at the center of the most compelling and inspiring political drama in the world. As president of the African National Congress and head of South Africa's antiapartheid movement, he was instrumental in moving the nation toward multiracial government and majority rule. He is revered everywhere as a vital force in the fight for human rights and racial equality."

“Sometimes it falls upon a generation to be great, you can be that generation”

If you read nothing else please check out this list of quotes.

Month of Movember
"Facial hair says that you can squash bugs, chop wood and take care of women inside the bedroom and out. Moustaches are manly."
Movember, or November to the clean shaven, is when men grow their moustaches for 30 days to raise awareness for prostate and testicular cancer. I'm not 100% as to what year this started or who is responsible for this incredible month but every year it seems to be getting bigger and more hairy.
Every person who sees me and my boyfriend out assumes that I am disgusted with his facial hair and bothered by the fact that he has a caterpillar growing above his top lip, but you cats couldn't be more wrong. I think his moustache is sexy!!
I don't know if this strange attraction to his moustache was instilled in me as a child when my Mother would see Tom Selleck (probably the most famous moustache icon) on the television and tell me that she wouldn't kick him out of bed for eating crackers, or if it's the total disregard for the clean cut business look that does me in, but there is something to be said for a man who looks as though he could cut down a tree and then build you a table out of it that is very exciting.
Unfortunately somewhere along the line we started to associate 'the moustache' with porn stars and from there on any person who sports one has the potential to be a pervert.
Lucky for us not all hope is lost with this new appreciation for the moustache and the awesomeness of raising money for Mens health. So if you've got a good looking man with a moustache or you yourself are that bold man making a statement for this noble cause head over to our Facebook page and post a picture sporting your stache.
Peace, Love and Facial Hair.
XOXO

To all the people who celebrate this awesome day of the year WHUD UP to you!! I remember as a kid thinking about what I was going to be for weeks and weeks beforehand. My incredible mother would spend hours helping to sew costumes, find props and even change our hair colour with some coloured hair spray that came in a can and made your hair feel like chalk and string….this product also smelled horrible by the way; thankfully, on halloween all the stops came out. I grew up in a house where we took this one day and made it the most fun you could imagine and I'm happy to say my mother still holds the title for the best halloween house on the block. She has grave stones, ghouls, flying bats, an 18ft ghost, and a son-in-law who sits on the porch to scare the crap out of the not so young trick or treaters.

Although I loved Halloween as a kid it didn't stop when I got to high school and university. As I grew up Halloween became less about the door to door and more about the parties. I've seen some awesome costumes over the years and I have to say that every year people get more and more creative. Head over to the Standpoint Facebook page and post some of your creative costume ideas…we would love to see them and love to see how you celebrated this most awesome day!

Song of the Week 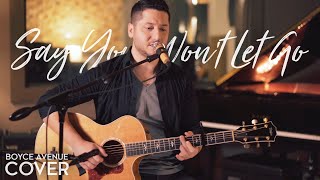 Be A Maverick
One Spark